Recently I came across a post on Lifehacker entitled How I Went Completely Paperless in Two Days and it reminded me of my half-assed attempt to go paperless. Paper is by far one of the biggest problems in our house. Various things get stacked and tossed in different piles. Â Most of the time it’s not an issue but then there will be times like at Christmas when I couldn’t find an important notice from my RRSP provider. Ugh.

Evernote is a fantastic application which allows you to keep notes on anything. Â It’s web enabled so you can login to the website or install any of the desktop or mobile apps and view/edit/create notes from anywhere. It’s also FREE!

Yes, this process of going paperless with EvernoteÂ can involve putting your stuff “in the cloud” and using Evernote may not be for you if that is a major concern. I say can because it’s possible to just digitize your papers and use a local notebook in Evernote and then nothing gets sent off of your computer. The downside of that is then you don’t get the built-in backup solution offered by syncing your documents with the Evernote servers. Evernote has gone to great lengths to show it is security minded. If you are still hesitant then it’s possible to encrypt notes before syncing but maybe going paperless this way isn’t an option for you.

If you don’t already have an account, go to EvernoteÂ and signup for the Free account and then download and install the application on your computer. Oh, I have a note about free vs premium accounts later.

So Lifehacker recommended the Doxie One or Doxie Go but both of these seem expensive for single function scanners that don’t make it easy to zip through multi-page documents. What you need is something with an Auto Document Feeder (ADF) and even more important, something that will scan double sided! You could go and shell out $450+ on a Fujitsu ScanSnap S1500Â (which is one of the Evernote partner scanners) but I have a better solution that costs much less and offers much more.

We have a Canon Pixma MX882Â (the Canon Pixma MX892 is the current model with a few more features)Â which is an all-in-one printer/scanner/copier/fax. There are four fantastic features of this Canon all-in-one that make it great for going paperless: 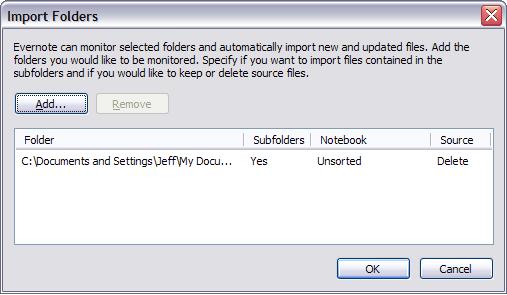 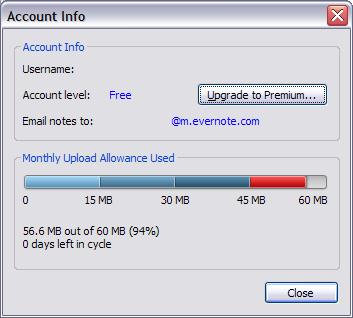 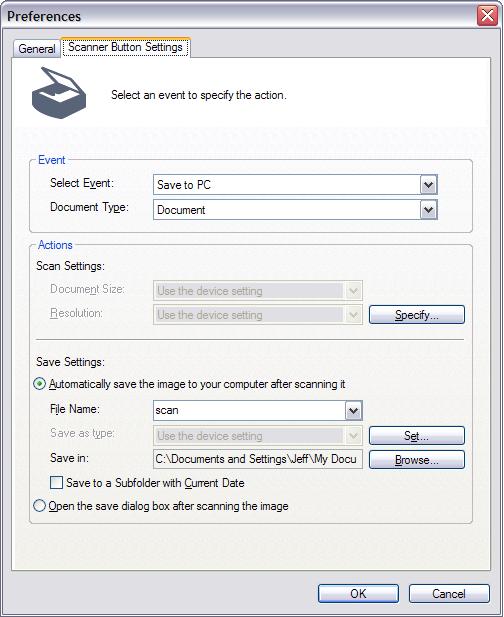 Once the document is in Evernote you can then move it to a different Notebook, add any tags you want or add extra text to the note. Â You have all the power of Evernote at your finger tips.

We spent a couple hours today at The Bay setting up our wedding gift registry. It was suprisingly rather enjoyable. I got to use the little scanner gun so Amie would grab something and I’d point, shoot and woot we’re done!

Amazing how quickly we came up with a whole lot of stuff that we can really use. If we hadn’t both been hungry after a couple hours of wandering around, I think we could have added a lot more from different departments. Oh well, there’s always next weekend. ;)