This summer we’ve had an old car sitting in our driveway underneath a black walnut tree. It’s waiting to go to Car Heaven. This hasn’t been a real problem for most of the summer (other than taking up space in the driveway) but just recently we noticed a small red squirrel was hauling walnuts off of the tree and appeared to be taking them into the wheel well of the car. Here is what we found when we popped the hood of the car: 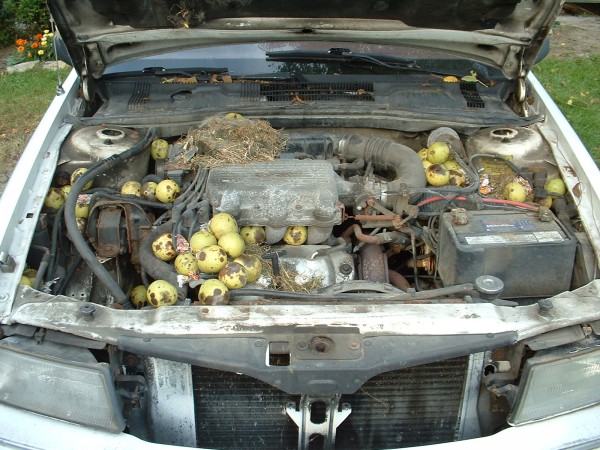 Black Walnuts in the Engine bay of a Dodge Spirit

The damn squirrel had been stashing walnuts in the car for quite a while. They were everywhere! 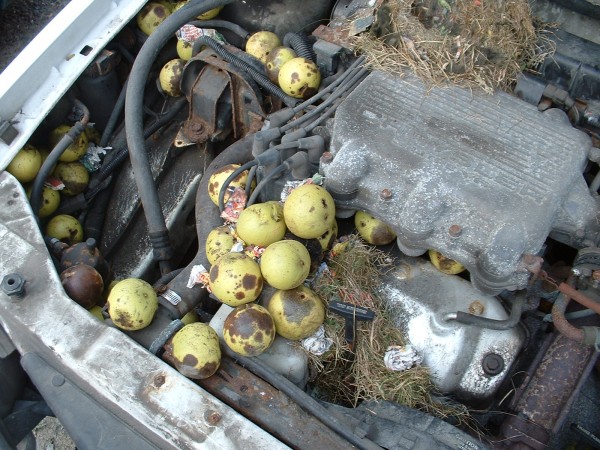 We ended up pulling out a whole lot of walnuts. Since the other cars are parked relatively close to this one I decided I should take a look at them also. Sure enough the damn squirrel had put a couple walnuts in both of them too. Now I’m on walnut watch and trying to convince the damn squirrel that it needs to find a new place to store his stash.

The Fugitive Has Been Caught