I was working in the backyard on Sunday when I came across this giant caterpillar on a stick. 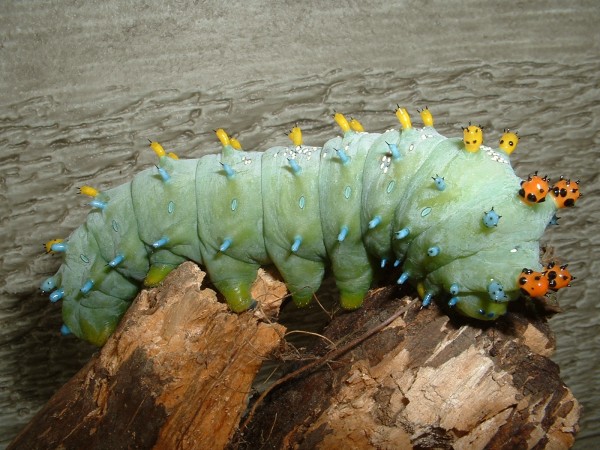 A Giant Silkworm that was in our yard

There is also a picture with a quarter to try and show how large the Giant Silkworm is. Note that the silkworm appeared to be trying to protect it’s head in this picture as it sort of pulled it in under neath it’s body.