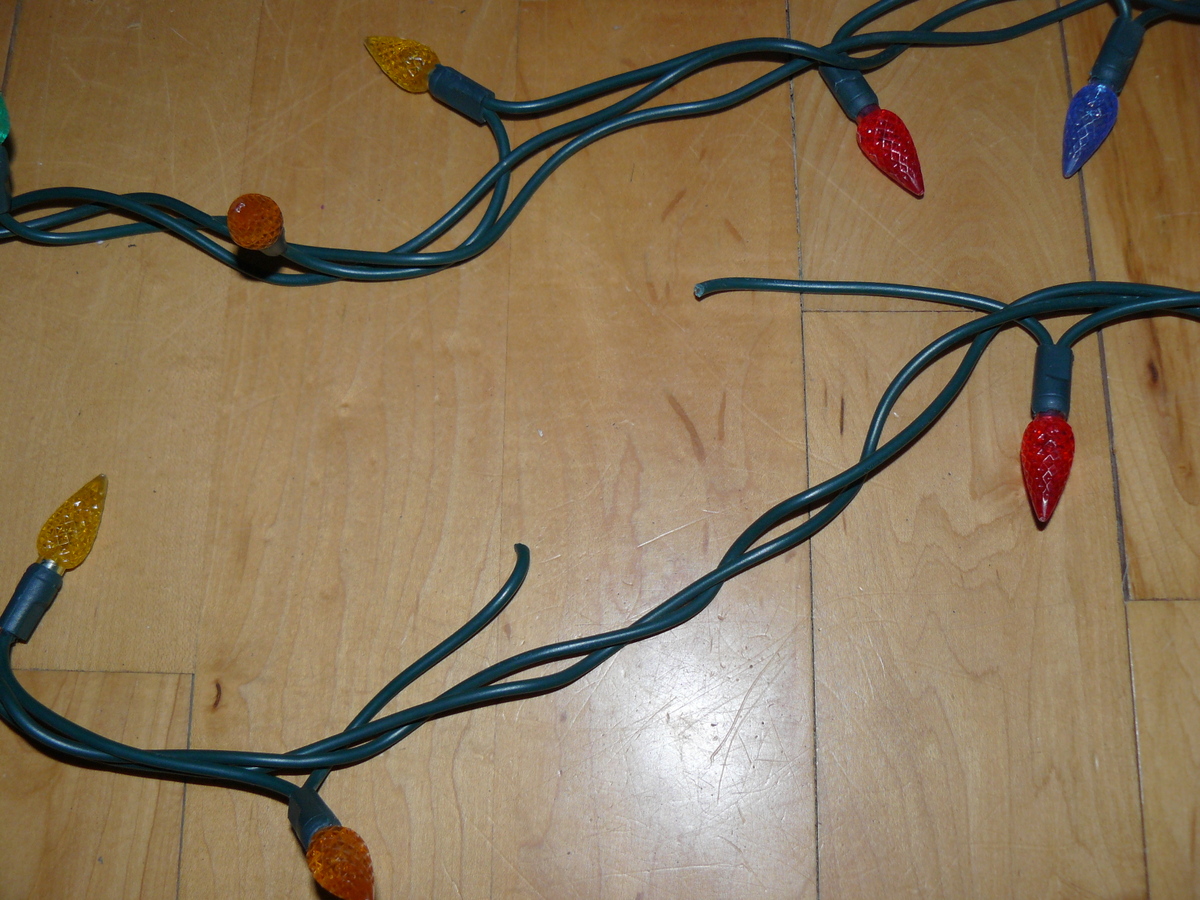 Yes, one of the local squirrels appears to have decided to take one of the bulbs off of the string of LED lights. This string of lights was on the tree in our front yard and I guess it looked nice and tasty. Too bad the lights weren’t on at the time the squirrel ate through the wires.

Oh, and don’t worry, the lights have been off the tree for a few months now. If they were really still up at the end of June, they may as well stay until the next spring.

The good part about this is I had been contemplating a conversion of one of the sets of lights into a solar LED light set. Now I don’t have to “sacrifice” a set as the squirrel did that for me already.

A Little Snow Can Cause A Lot of Damage