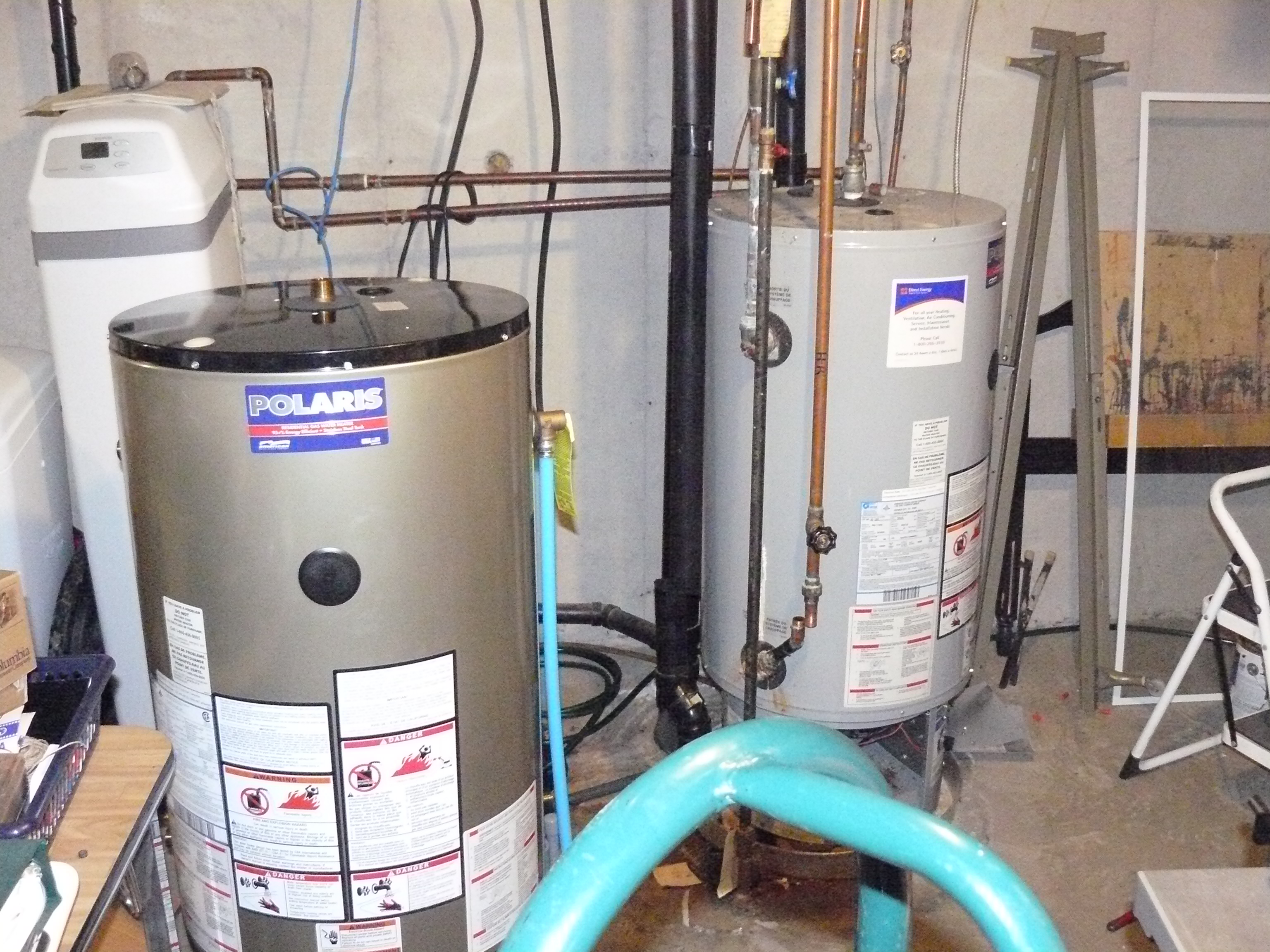 If you recall from the previous post (liked above), the second technician had ordered a new blower assembly for the original Polaris water heater. Well, that assembly showed up early the next day (Tuesday). My wife just happened to be home and called me just as I arrived at work. We were both baffled by this as if they were planning on replacing our old tank, why did they allow the parts order to go through? The new tank would have been already on the road to our house when that order was placed by the second technician.

This is when I realize that something is seriously wrong with what happened the day before.

So I call Direct Energy and manage to get connected with Supervisor Victoria. Well, Victoria listens to my story and is also surprised by what has happened. She is very surprised that when I called the rental water heater group before allowing the tank to be installed, I wasn’t informed of everything that was going to happen and what options I had. She can see on my file when I called and I asked if that call would have been recorded. Victoria said everything was so I asked her to pull that call and listen to it.

She also looks at my file and informs me that there is no record of who authorized the tank replacement and she is going to need more time to talk to the other people involved on my file so she’s going to call me back the next day (Wednesday).

Victoria is true to her word and calls me back on Wednesday. She has talked to many people involved and she still doesn’t know who authorized the replacement but she hasn’t been able to talk to the first technician who had been on site. She also drops the bombshell – we are now on the new rental agreement.

If you’re not familiar with Direct Energy and their rental water heater business – be very, very happy.

To summarize, being put on the new rental agreement meant that I was now unable to have my rental Polaris water heater removed for a small fee. I was on the hook for the absolutely insane “buyout option”. For example, my just replaced “un-repairable” 7 year old Polaris had a buyout of roughly $3500 (you can buy them new for ~$4500, or less!).

I very quickly informed Victoria that this was not acceptable and at no point was I informed that I would be put on the new rental agreement. Her response? “Well, you signed the rental form didn’t you? It has the terms on it”. Crap. I knew I should have listened to my brain. But wait, that’s not how the installer represented the form I was signing. Â He specifically told me I didn’t need to sign on the “rental agreement line” but just in the work order section for what had been done. But still – crap.

Anyways, Victoria decided that she was going to try and find out what happened. At this point, I asked if I needed to get my lawyer involved and she just brushed it off saying that we should be able to come to a resolution without going to lawyers. She was going to get back to me on Friday after talking to the first technician.

That was the last I heard from Victoria.

I had her direct line and called and left voicemails for the next 5 days. Finally I called the Direct Energy rental group again and got to talk to Wendy. Wendy happened to be in the same office as Victoria and was able to talk to her directly while I was on hold. When Wendy came back, she informed me that Victoria was no longer allowed to talk to customers directly. WTF?

So, Wendy was now going to follow-up with the “field manager” and call me back. That was the last I hear from Wendy even with me calling and talking to various other people at the Direct Energy help line.

Finally I get fed up and connected with Dixie at the Direct Energy rental group almost 3 weeks after my initial call. I talk to Dixie about what has happened. She informs me that there is no record of me calling the rental water group before allowing the tank to be replaced. We talk about how I was told lawyers weren’t required and we talk about the Ontario Consumer Protection Acts’ 10 day cooling off period and how I’ve now been screwed out of my legal rights due to Direct Energy’s agents (acting on their behalf) implying they would help resolve the issue. Dixie puts a request through to the Office of the President of Direct Energy and says that is my only hope at this point.

The same day I happened to have posted my frustration on Twitter and got this response: 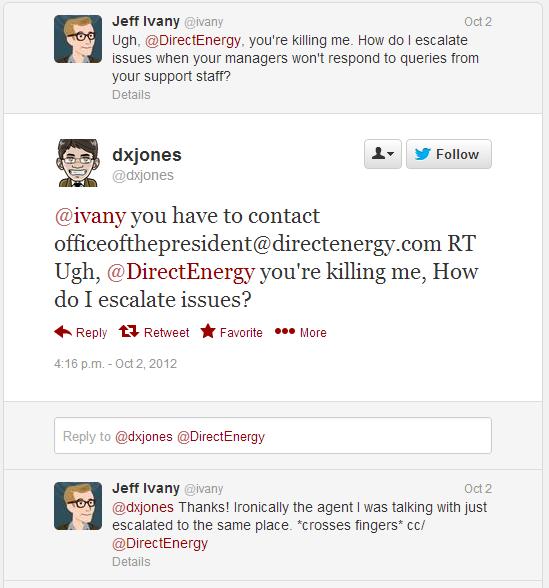 @dxjones responds to my tweet about how crappy Direct Energy is at doing anything to help me.

Oh, there’s more but you’re going to have to come back in a few days to read about Direct Energy’s Office of the President.

However, the email address you need to remember isÂ [email protected]. They might be able to help you if you are having real problems. Don’t expect miracles, or prompt service.

It sucks when birds nest in your bathroom vents