The Fugitive has been caught but it looks like the Fugitive has a twin! This morning I heard the angry chatter of a squirrel and realized that the fugitive had help. As I watched out my kitchen window, I saw another little red squirrel dart across my driveway under the cars with a walnut in it’s mouth. I checked the engine bay of the car for walnuts and sure enough, there were a couple stashed in there already.

At first I thought that the first little red squirrel had managed to find its way back home. That would be amazing if it had but I’m pretty convinced, after getting another look at this squirrel, that I’ve actually got a different squirrel now.

So the live trap is set again and the Ivany relocation program is once again being offered to any squirrel who chooses to take the bait offer. 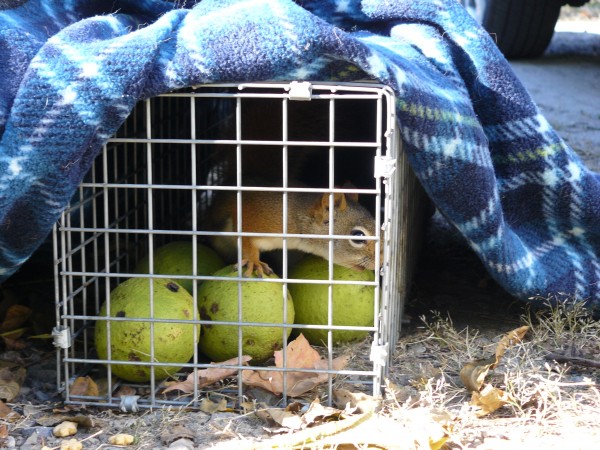