We recently went to the Six Flags Great Escape Lodge & Indoor Waterpark in Queensbury, NY and had a fantastic time. This indoor water park is only about 4.5 hours from the Ottawa, ON area so it’s quite reasonable to go for a weekend or a few days during the week.

On this trip, we only went for one night and looking back, that was a mistake on our part. Next time we will go for two nights to get more “bang for the buck”. More on this later. 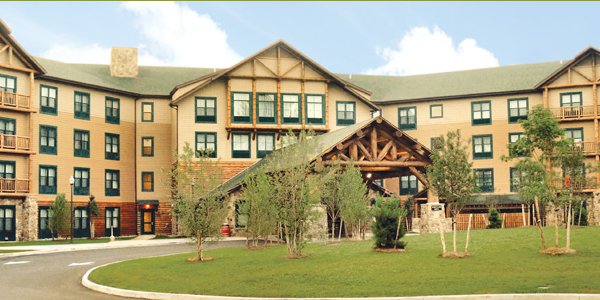 The way it is setup, you book a room at the Great Escape Lodge and it includes passes for the White Water Bay water park (which is attached directly to the hotel). The base rate is about $200/night – seems steep until you see that a day pass to the waterpark is $39/person. So, with the 4 included passes ($156 total), the hotel is only $44/night! They also have a set of deals on their website that are worth checking out.

It’s even better when you stumble across a coupon code for 50% off like I did! More later on this.

I don’t think it would be worth staying at a different hotel and buying the day passes unless you were getting a really good deal somewhere else or you were dropping the (older) kids off for the day while you go somewhere else.

So why more than one night next time? Logistics. You are allowed to use the water park from noon on the day you check-in until 2PM on the day you check out. That’s fantastic except that the complication is that you can’t check-in until 4PM and checkout is at 11am. They have lockers you can rent (for $10/day) so you can stash your valuables but that means someone has to leave the water park to go check-in and haul the rest of the stuff to the room. For check-out day, you really need to haul everything out of the room before 10am (when the waterpark opens) and probably get another locker to store valuables (or at least your car keys) while using the water park after you check out. Having a second night would just make the logistics headache a little more bearable. As it was, it felt like we were rushing to get into the hotel and rushing to get out of the hotel all in the span of ~18 hours (we only arrived mid-afternoon due to travel delays coming from our other destination on this trip).

The discount code! I nearly forgot! I stumbled on that completely. The day we booked the hotel, I did a quick google search and found a code that was expiring that day. Pure luck to get the room (and 4 passes) for $99. It does appear that they have similar offers from time to time as I saw some other codes for the same deal with different dates but they all appeared to be short notice. The one I used was posted on March 2 and expired March 9.

I’m pretty sure we will be going again in the future. It’s close, has a fair bit for our young kids to do and even without the discount code, it’s reasonably priced.

More on Hazzards of Travelling by Airplane