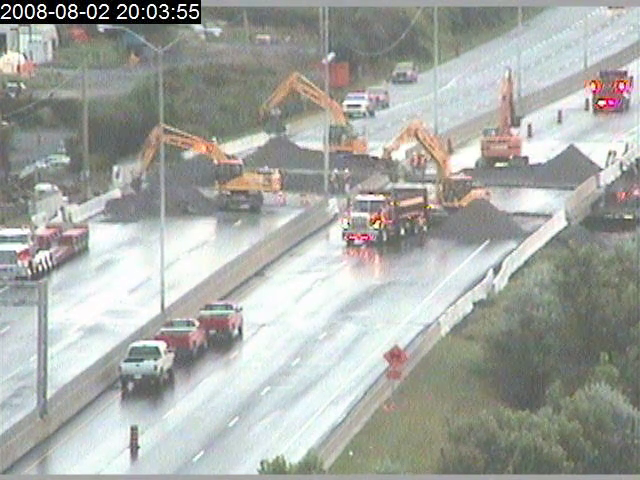 On the weekend of August 2-3 2008, the Queensway (Highway 417) Clyde Avenue Bridge was replaced using a new rapid replacement method. This involved lifting the existing bridges out and replacing them with new bridges that had been prefabricated on a site nearby. The whole process of replacing the bridges could be completed in less than a day as compared to up to 2 years by regular methods. This is the same process that was used last year to replace the Island Park bridge.

The MTO had a website with a webcam setup so people could watch the â€œactionâ€. As I did last year, I grabbed the images from the website as the action was unfolding. The video below is the result of those images and allows you to see what happened. It’s not quite as “exciting” as the Island Park bridge move last year but at least this time the camera is reasonably static.