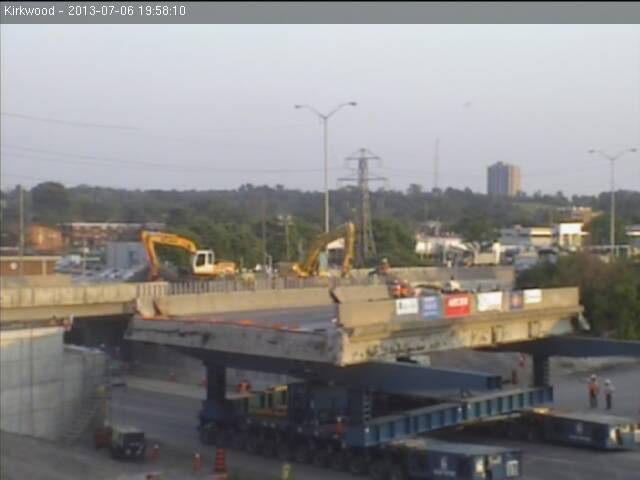 On the July 6 – 7, 2013 weekend, the Highway 417 Kirkwood overpasses were replaced using the proven Rapid Replacement method. I stitched together the following time-lapse video from the webcam feed provided by the MTO.

We’ve had many of the bridges on the 417 replaced using this method and now it’s a little less “exciting” to see such a huge structure moved around so easily. Ah, the wonders of Engineering – making really amazing stuff “normal”. :)

Direct Energy Office of The President